This is a calculator app design which was created to help grocery shoppers stay within a budget.

This meant using traditional keyed input in addition to allowing the phone's camera to be used to scan SKU data if desired. Plenty of research was also done to see what methods are current for accomplishing these tasks on a smartphone. 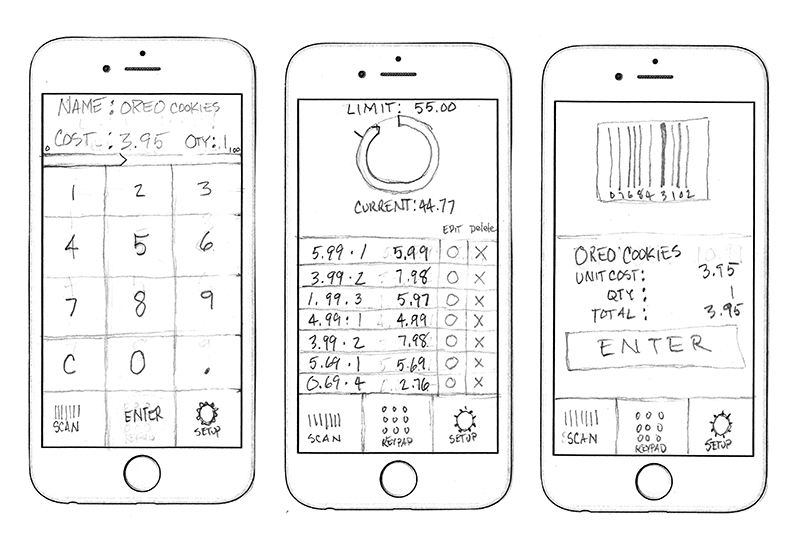 Also formulated at this time was a persona and scenarios to help keep the target audience in mind at all stages of design. After getting some firm ideas worked out in the sketch phase, I created paper prototypes to test the visibility, mapping and learnability of the new designs. These were used in conjunction with a script generated from the scenarios that contain basic instructions and each test is recorded for ananlysis.

As these tests were performed, some ideas were confirmed and others were not, so edits were made and the designs were refined and tested again.

Since the target market was slightly weighted toward females, they were a focus of much of the testing. Color choices were made to harmonize with food colors in a color triad of purple, green, and orange. 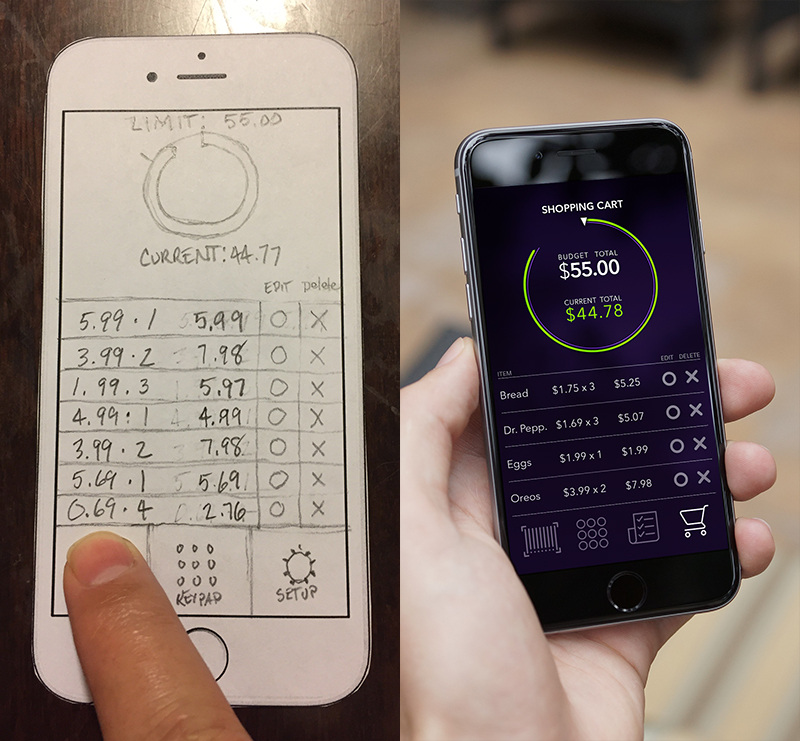 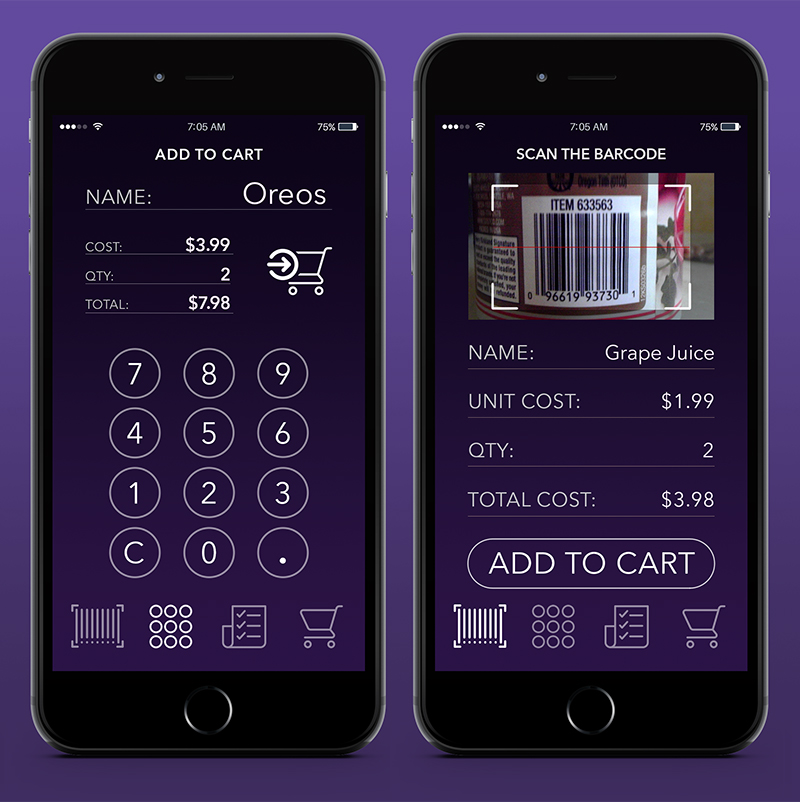 Drafts were done in two stages. The initial stage was the first digital prototype stage, and another stage was accomplished with revisions based on feedback from the tests.

The final revision stage resulted in a big color change going from the dark to the light screen designs and re-sizing the keypad screens and the feedback screens.

These layouts show the final screens for the budget plan screen, and the keypad screen for adding grocery items to the budget plan. The planning phase of the application is key for the use of the app as this is where the budget is created. Items can be added either with the keypad or the scanner. The Budget Plan screen is the master list that enables an overview of the budget plan and facilitates the management of the list by allowing edit and delete functionality. 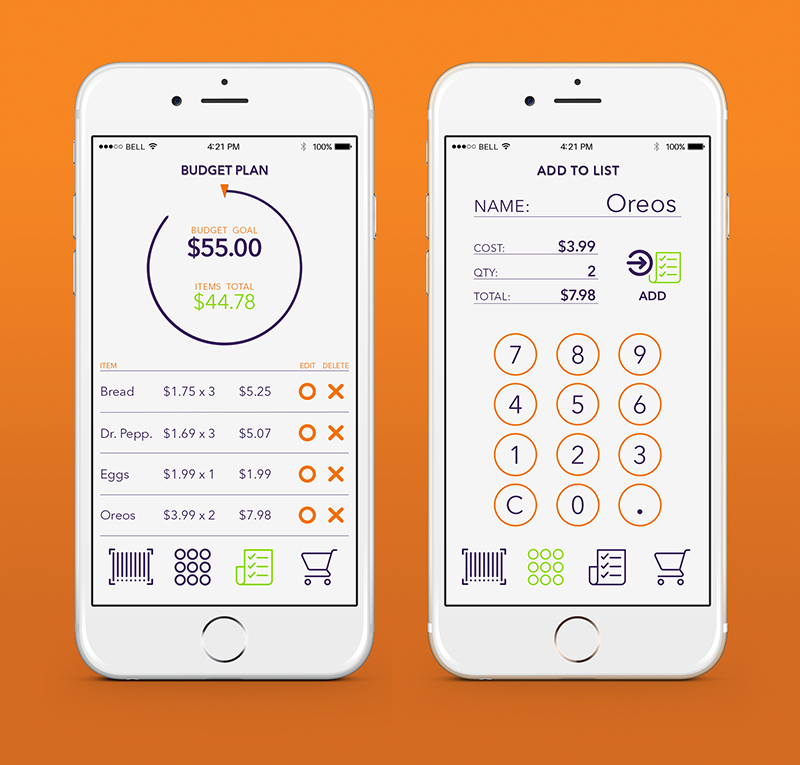 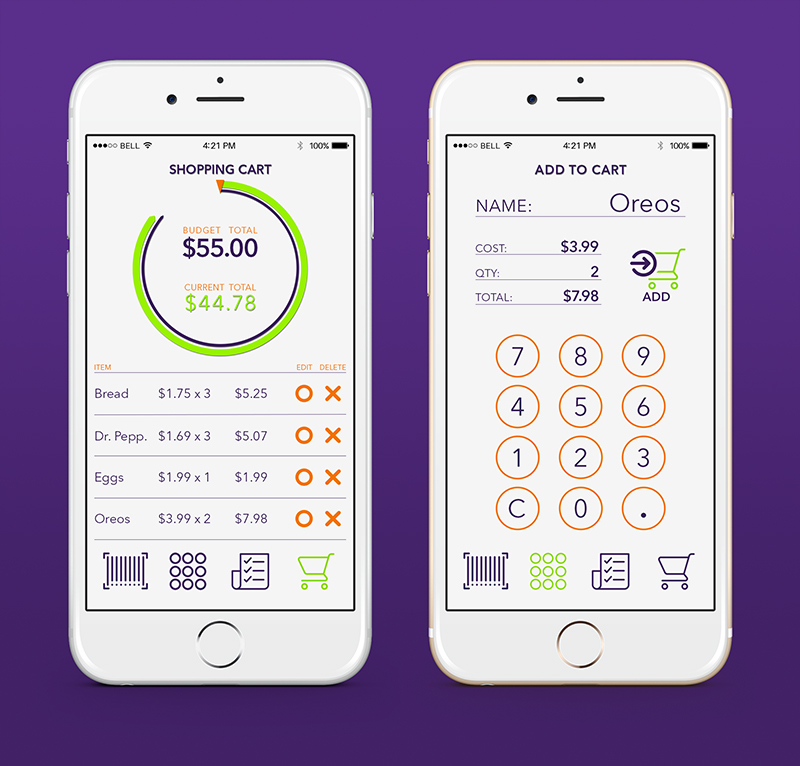 The Scan screen is used to add items to either the Budget Plan or the Shopping Cart. This designed to be the easiest way for item entry while at the grocery store. The Login screen is fairly self explanatory, but it also contains the branding created for the app. This was the last asset created in the project. 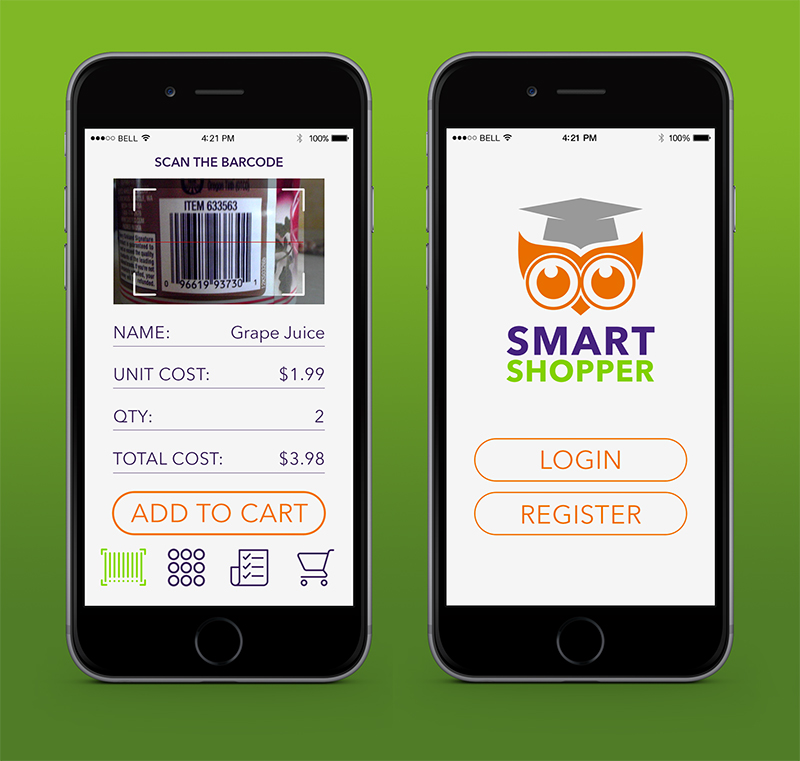 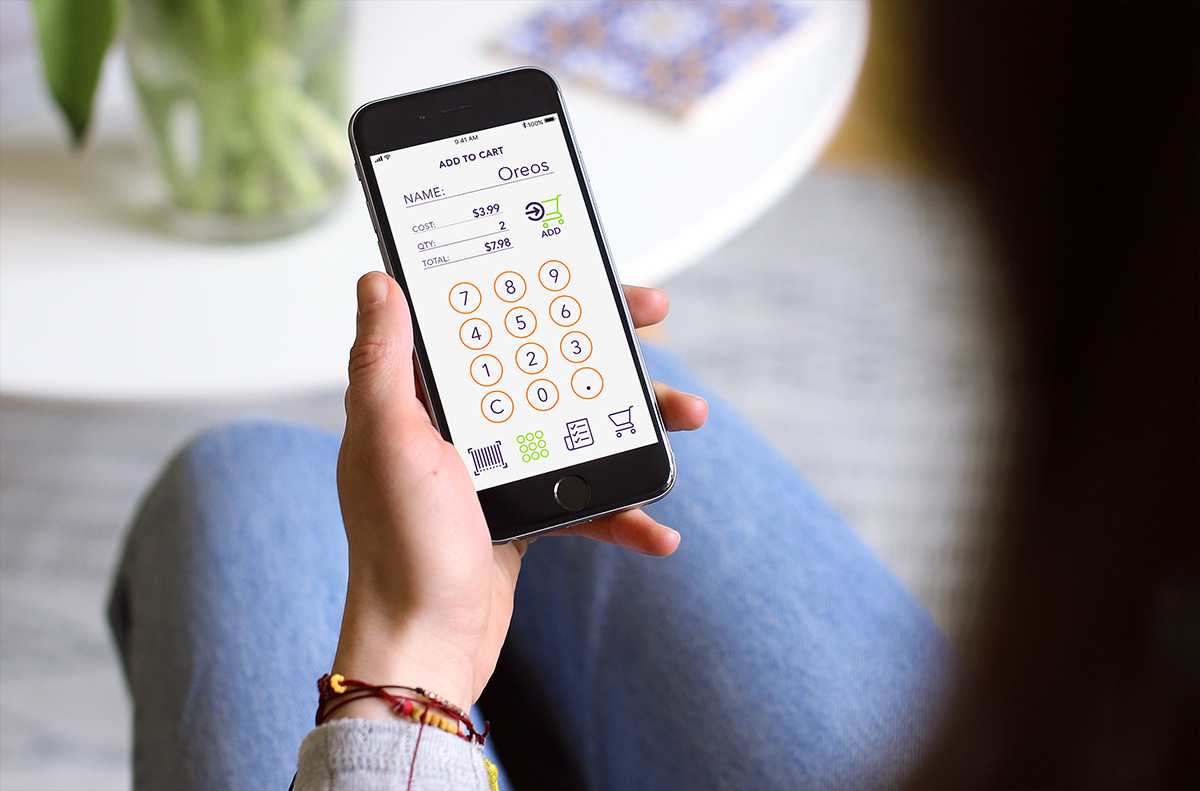